Fort Lauderdale will finally get to experience the plant-based restaurant that will not only leave your jaw on the floor but will have you book your next reservation before you even make it out of the door! 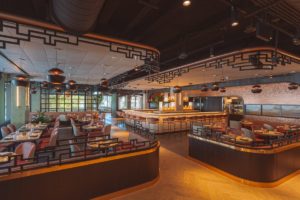 Planta, a Toronto-based chain of 100% vegan restaurants, is coming to reinvent the way we eat on Las Olas. This stylish restaurant chain appears in a number of Florida cities already, in addition to 5 other states in the US. You can currently find Planta in South Beach, West Palm Beach, and Coconut Grove. The addition of a Fort Lauderdale location is long-awaited (especially by me, a fanatic of Planta Miami) and expected to open in the spring.

Led by founder and CEO Steven Salm and co-founder and Executive Chef David Lee, Planta expands the accessibility of true plant-based dining. Planta’s menu is full of real food, with no imitations. Their mission is to celebrate the power of plants to better our health, our communities, and our planet.

What Is Planta vs. Planta Queen?

The Queen locations of Planta indicate Asian-inspired menus. This is what separates Planta Queen Coconut Grove and Fort Lauderdale from Planta South Beach and West Palm Beach. There is also a Planta Cocina, which has not set foot in Florida just yet. However, at Planta Cocina Toronto, you can find Mexican-inspired cuisine, with Cocina locations coming soon to New York and Los Angeles. With 14 locations worldwide, get ready to taste the love of Planta.

The Menu That Even Carnivores Enjoy

After just one dining experience at Planta, you won’t be surprised by the long list of different celebrities who aren’t plant-based that frequent the restaurant. Winnie Harlow, Hailey Bieber, Bella Hadid, Pharrell, Foodgod (Jonathan Cheban), and Rob Gronkowski are just a few on that list.

The restaurant was created for everyone, not just vegans. In fact, Steve Salm explained how he wants Planta to appeal to carnivores. “Our greatest pleasures are what a guest gets from their experience, and they say ‘That was just amazing,’ or ‘I can’t wait to come back,’ instead of saying something like, ‘Wow, that’s just so good for a vegan restaurant,’ or ‘I can’t believe it’s vegan, it’s so good,'” said the owner.¹

I have personally tried almost everything on both the Planta and Planta Queen menus. There are a few works of art that will stay consistent between the two menus. They both have sushi, which is a HUGE win because, if you know, you know. For instance, the Unagi, typically a freshwater eel, was pivoted to be made from eggplant. It’s incredible. My favorite is the Ahi Watermelon Nigiri. I have absolutely no idea how they do it so well, but they dehydrate and marinate the watermelon overnight and turn it into a fantastic tuna substitute. Definitely a must-try – it’ll leave you shook.

Some more items from the menu that I actually cannot live without include the bang bang broccoli, udon noodles, General D’s cauliflower, any of the wok-fired dishes, and their dumplings. The cocktails are also out of this world. My favorite is Herb Your Enthusiasm. It has a bit of a kick, made with Thai chili-infused tequila, Cointreau, lime, pineapple, and herb syrup. They also offer cold-pressed juices, sake, and non-alcoholic tonics.

If I haven’t convinced you yet, just take a look at these photos:

Drooling yet? Thought so.

If you’re like me, and you can’t wait any longer for a Planta to open near you, you can now take Planta home! Planta favorites are available for nationwide delivery. Each item includes step-by-step instructions designed to make it feel like Chef David Lee is in your home kitchen, coaching you as you recreate Planta’s 100% plant-based signature dishes. Tag Tandem in your at-home creations so we can live vicariously through your beautiful dishes!